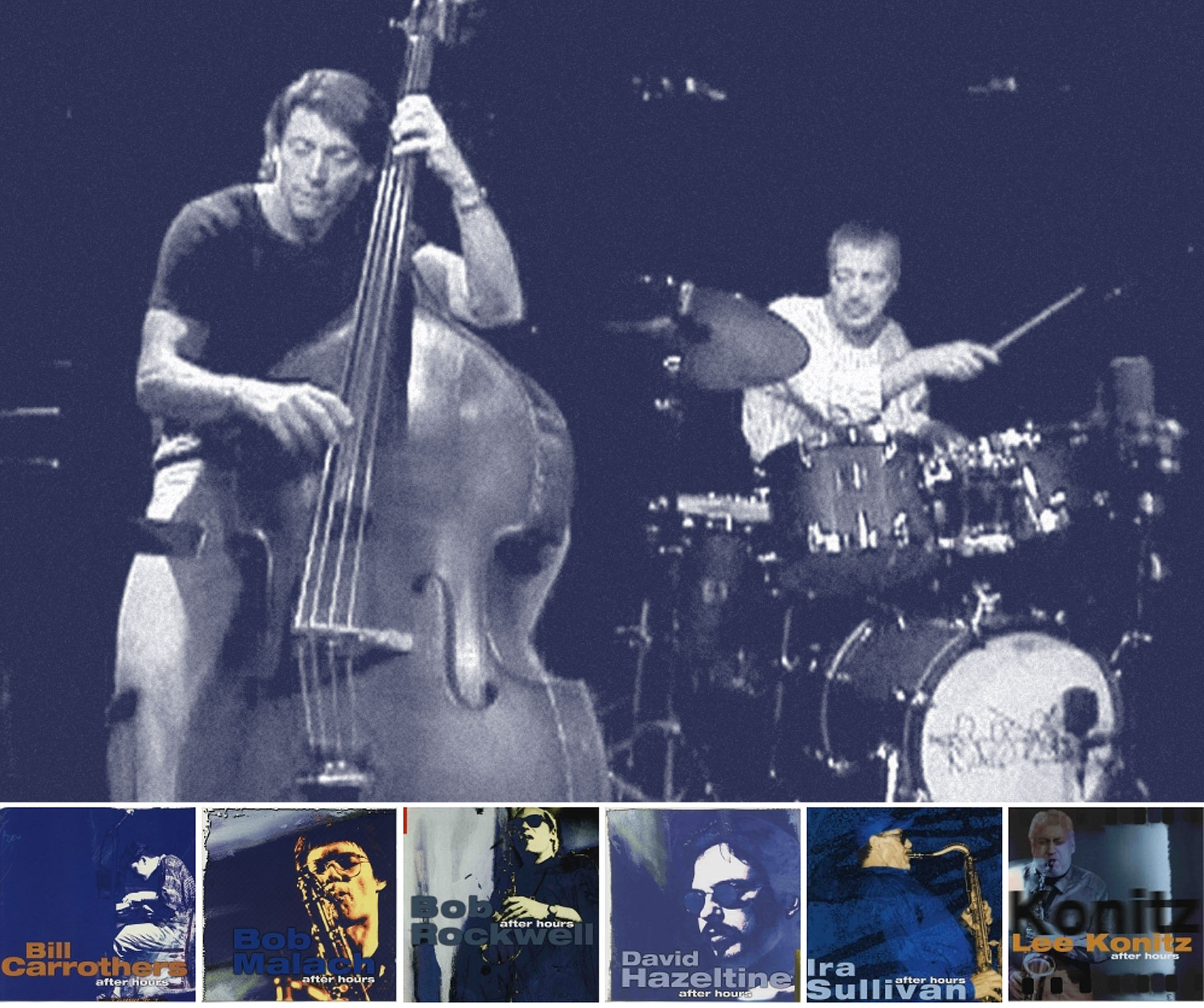 Hello! For this installment of the AQ newsletter, in addition to mentioning upcoming gigs of interest, we’ll talk a little about the past. Specifically about the body of work that exists from recordings recorded live at the Artists Quarter. Some by well known visiting luminaries and others by local great musicians from here in the Twin Cities.

Billy Peterson was the producer of the "After Hours” series on Go Jazz; he and sound engineer Steve Weiss had the idea of keeping musicians around after they performed at the Artist's Quarter to record after hours sessions. The first in the series, by pianist Billy Carothers, was recorded in 1997. Following were sessions by renowned jazz musicians David Hazeltine, the late Ira Sulivan, Bob Malach, Bob Rockwell, and the late, great Lee Konitz. All of these features Billy Peterson on bass and Kenny Horst on drums. They are all available for download at https://gojazzafterhours.bandcamp.com/music

In the 21st century more great live recordings were made at the Artists' Quarter. The most well known of these is Whereas by Roy Haynes and his Fountain of Youth Band. We will discuss this more in future newsletters as Kenny Horst is leading a tribute to Roy Haynes on April 8th at KJ’s Hideaway that will feature his quartet playing selections from that album. Other live recordings include Billy Holloman’s This is Organ Night (and there is nothing more AQ than organ night). The Phil Hey Quartet’s Subduction, Atlantis Quartet’s Lines in the Sand, How Birds Work, Andres Prado, Bill Shiell, Bobby Peterson, Dean Granros, and the Out To Lunch Quintet.

Some of these titles may be hard to find, but all are with the effort. It is important to support local jazz musicians and jazz venues so this American artform can continue. Go to shows and buy music directly from the musicians when possible.

We've been mentioning KJ's Hideaway an awful lot here lately (and with good cause -- we love what they're doing and thank them for it!) but we'd be remiss if we didn't specifically mention Jazz Central Studios, a non-profit performance space located in Minneapolis. It's another wonderful place to find live jazz in the Twin Cities. Check out their website here or sign up for their email newsletter here.