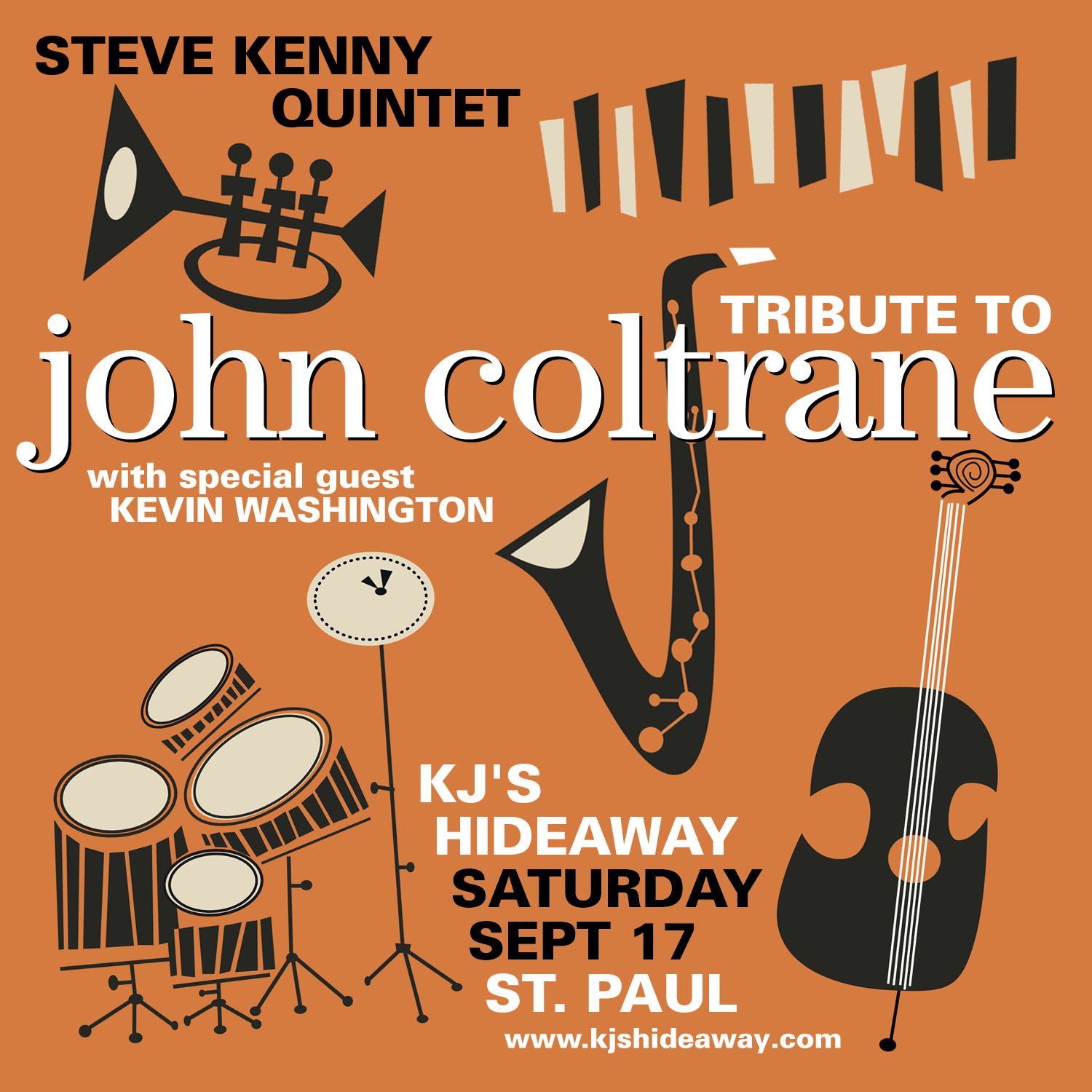 This Saturday is the one-year anniversary of the opening of kj's hideaway! Help celebrate the occasion with a special presentation of Saturday Night Jazz at kj's hideaway: A tribute to John Coltrane with the Steve Kenny Quintet and special guest Kevin Washington.

The show is at 9:00 pm on Saturday, September 17th, find tickets at www.kjshideaway.com.

The Steve Kenny Quintet is: Steve Kenny on trumpet, Dave Brattain on saxophones, Kavyesh Kaviraj on piano, Charlie Lincoln on bass, and Kevin Washington on drums. "Tribute to John Coltrane" is a special very high energy and high spiritual performance of some of the more powerful compositions by John Coltrane. It features Kevin Washington on drums, a noted Coltrane scholar and one of the most famous Minnesota Jazz musicians. Joining him will be past and current members of the Jazz ensemble "Central Standard Time." This show has sold out its New Year's Eve performances for years and sold out its previous appearance at kj's hideaway.

This is a special chance to hear this material played by these musicians in the idyllic setting of kj's hideaway, located in downtown St. Paul, in the lower level of the Hamm Building at 408 St. Peter Street. (And congrats to K and J on reaching the milestone of a first anniversary -- here's hoping this is the first of many years to come.)

Hope to see you there, and don't forget to follow Saturday Night Jazz at KJ's Hideaway on Facebook!