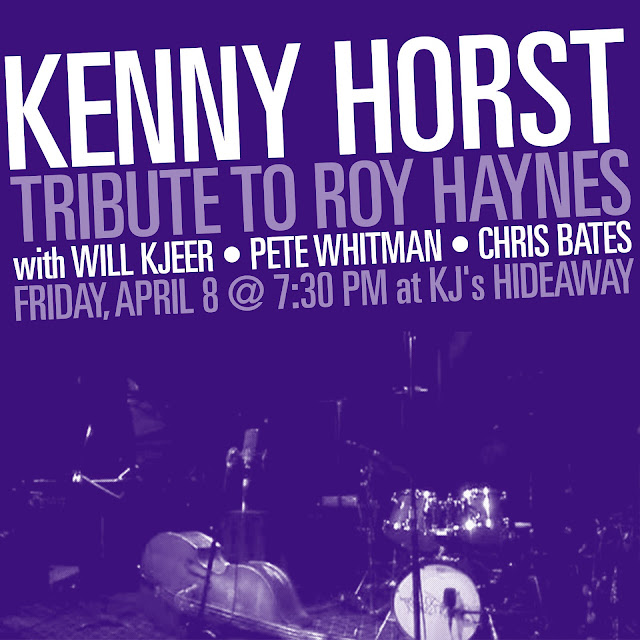 Kenny Horst’s name is synonymous with jazz drumming, as well as the Artists’ Quarter jazz club, in the Twin Cities music scene. His credentials as a drummer, composer, record producer and club owner are beyond reproach. But whether he’s just finished playing a set with Mose Allison or just produced a CD for his own drumming hero Roy Haynes, Horst quietly deflects any personal attention that might come his way. If you want to get the Kenny Horst story from the man himself, just catch him on stage punctuating a bebop flourish with his signature accents or stoking a smoldering torch song with his simpatico brush work. Kenny’s “let the music do the talking” style makes one wonder if he’d blow his own horn even if he played the sax. Fortunately, he’s simply one of the finest jazz drummers to ever call Minnesota home.

This Friday night Kenny will be playing at KJ's Hideaway (what was once the Artists' Quarter space) in the Hamm Building in downtown St. Paul. It'll be a special tribute to Roy Haynes, including a focus on Roy's album "Whereas," which was recorded right in that very room, on that very stage. Kenny (on drums) will be joined with Will Kjeer on piano, Pete Whitman on saxophone and Chris Bates on bass.

Get your tickets here (and learn even more about Kenny) here!